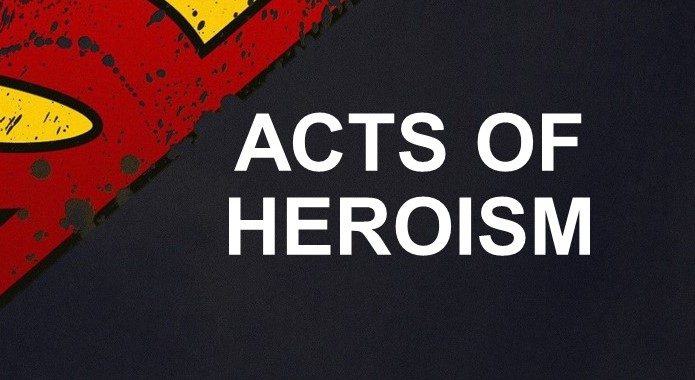 Acts 2:38-39 Peter replied, Each of you must repent of your sins and turn to God, and be baptized in the name of Jesus Christ for the forgiveness of your sins. Then you will receive the gift of the Holy Spirit. 39 This promise is to you, to your children, and to those far away all who have been called by the Lord our God. NIV

Sometimes Christianity feels flat. I see it in America. I see it in others. I see it in myself. In the early church it didn t seem that way at all. It was exciting and powerful. People s lives were radically transformed. The same disciples who fled like cowards at Jesus arrest suddenly became brave and defied the authorities who opposed God. Paul went from persecuting the people of God to being one of their key teachers. God changed these early Christians into completely different people. They spoke in languages they had never learned, healed people, and even raised a guy from the dead. Additionally, they spread the message of Jesus across the known world! These guys were like super heroes!

Of course, it would be wrong to give them the credit. The key to radical transformation was the Spirit working powerfully within them and through them. The same Spirit who empowered them to change, enabled them to perform miracles, and emboldened spread Jesus message, the same Spirit who was promised to all who have been called by the Lord our God. The promise of the Spirit was not just for the people in the book of Acts, but for all of us even you and me!

Perhaps the beginning of great change for you and me and other Christians is as simple as listening to the Spirit who already lives in us following his promptings and letting him lead every aspect of our lives.