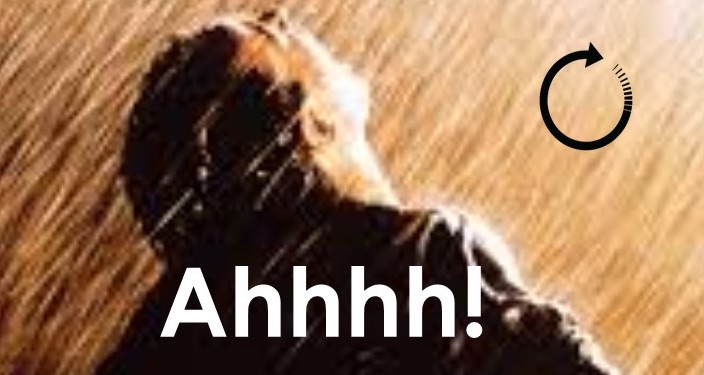 2 Chronicles 18:30-31 When the [Aramean] chariot commanders saw Jehoshaphat, they thought, "This is [Ahab] the king of Israel." So they turned to attack him, but Jehoshaphat cried out, and the LORD helped him. God drew them away from him. NIV

Jehoshaphat the king of Judah, had allied himself with Ahab the king of Israel. They went into battle together against Aram to fight over some land. Not wanting himself to be a target, Ahab dressed plainly and tricked Jehoshaphat into wearing his royal cloths. So, Jehoshaphat found himself in the midst of a battle, essentially carrying a bullseye with a sign that said, “Shoot me.” When this realization hit him, he cried out to God. I imagine his prayer went something like this: “Ahhhhhhhhhh!” His desperate need brought him to prayer. God heard and delivered him.

Perhaps nothing is better at motivating us to pray than realizing that we are in complete despair. Instead of just setting prayer goals and trying harder, it would benefit us to just stop for a minute and take an inventory of our lives. What are our needs? What desperate situations continually face us? Life can be so hard that we subconsciously turn a blind eye to our own suffering. Perhaps we hope to protect our hearts by not dwelling on the pain that life so often brings. As understandable as this is, the danger is that in doing so, we unintentionally deceive ourselves into thinking that things are going far better than they are. We can forget the chaos, pain, and temptation that faces us daily. The point is not to dwell on our suffering to no useful end. Rather, the point is to open our eyes, look around, and cry out, “Ahhhhhhhhhh!” Prayer is not merely a slot on our daily schedules, but an ongoing desperate need.