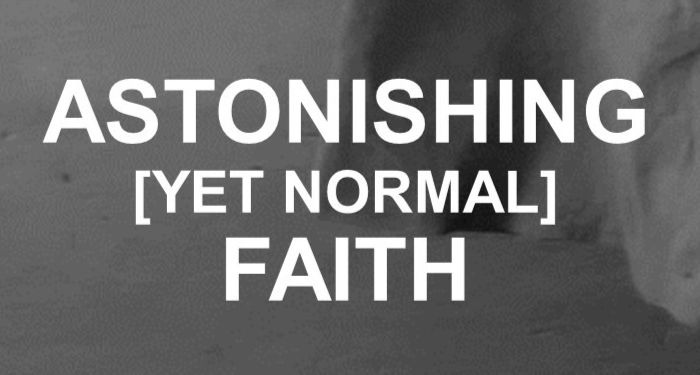 James 5:17 Elijah was a man just like us. He prayed earnestly that it would not rain, and it did not rain on the land for three and a half years. NIV84

As Jesus was walking through a crushingly-dense crowd, something amazing happened. A woman, desperate to be healed, reached out and touched his cloak. Instantly, she was healed. Unlike everyone else, she didn’t ask, plead, or beg. She just did it.

The woman had been bleeding for 12 years and was desperate for healing. Perhaps something about her ailment made it too difficult to ask Jesus. Maybe she thought she was unworthy or unclean, or that she would look foolish for asking. Yet she mustered whatever courage she had, chased him down, and reached out to touch his robe. She was finally freed!

Sometimes I can also be afraid approach God with my requests. I’m afraid that if I ask for some great thing and he doesn’t do it, I’ll look foolish. I doubt that I’ve built up enough of some sort of prayer-clout with God. I question if I have enough faith to even be heard. Yet somehow, that makes prayer all about me. My expectation of answered prayer should not be in my asking ability or even in my faith. Like the woman who touched him, my faith needs to be in Jesus.

I’m encouraged by the above verse that says that Elijah was just like us. In a similar way, I’m encouraged by the faith of the woman who touched his cloak. She was a person with doubts and fears, just like us. Shecouldn’t even bring herself to talk to Jesus. However, in faith that Jesus could heal, she boldly approached him, touched his cloak, and was cured! Even normal faith can bring astonishing results!